A quick series of “Thank Yous” after yesterday’s trail and AGM.

Thank you to Maraschino as the hare; you did wonderfully well with just one bag of flour; very enjoyable.

Thank you to the Mismanagement team for the previous year through difficult times,
AND
Welcome to the new Mismanagement team, whose names have been withheld to protect the innocent, but also because they may not yet know who they are.

Thank you to those poor long suffering hashers who have endured the absolute rubbish spewing from the RA’s mouth during the circle, and to those (eg Sniffer) who have been punished with down downs simply because they were breathing.

And to Brandon (Hand Job) who was inaugurated into the hall of fame on the basis that it was the RAs final circle and somebody had to suffer; seems fair enough.

Anyway, we have a new 12 months ahead of us which may involve the use of dresses and false boobs; I’m just going off what Dobby was saying, as well as realising the grave mistake we may now have made.

But to all, we are a strong group of hashers, made even greater by the  numbers that turn up and the great variety of trails that we lay.
SO
Get your name down with Marschino and volunteer as hares for trails including, and after, the 25th April. 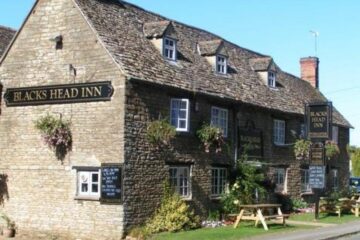 Step forward Dormie, the saviour of Sundays – or at least the coming Sunday!

Sunday 2nd October, trail #2490. The Blacks Head Inn, The Green, Bletchingdon OX5 3DA and Dormie is your hare. Meet for an 11.00 am start. With thanks to L’Etch for advance notice of his non-availability Read more…

Sunday 25th September at 11.00 am. It’s Disney time and Bambi is your host/hare. Trail #2489. The run will be from Yarnton British Legion Club in Rutten Lane, Yarnton, Kidlington OX5 1LN.

Note that there is a maximum of 8-10 vehicles in their parking BUT there is plenty of on-road parking available. Well, lets see what assortment of cartoon characters turn up for this trail. It’s not Read more…

Congratulations to Turnpike on – yet again – completing the Great North Run last Sunday. This week he is returning to his roots – and twigs – and branches – and muddy stuff – at Read more…