Plumb(!) in the middle of farming countryside around Bicester where the landowners are flush with money – its not just a pipe dream…STOP NOW, enough attempts at plumbing jokes.

Its Beerstop’s Burpday and he has invited us all to join him for beerday celebrations at his place; but only after a trail. So, on on to his house from where we will venture forth to seek for flour.

Torches may be required so bring one just in case. But more importantly bring yourselves to have some evening fun with your favourite hash friends.

The picture below gives a clue to the entrance to the farm. Don’t be late – it may just dawn on you why I said that!

Nearing the end of our evening trails where we have had fantastic support from you all, not to mention the recent influx of virgins; its been a great success. THANKS from Mismanagement 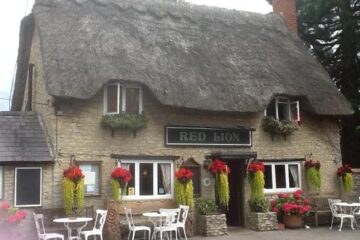 MONDAY 16TH MAY, TRAIL #2470. THE RED LION, CHURCH STREET, STRATTON AUDLEY OX27 9AQ. YOUR HARE IS COCKTAIL (AND POSSIBLY BLUE NUN??). THE OFF IS 7 PM. NOTE PLEASE. THE PUB – NORMALLY CLOSED ON A MONDAY Read more…

MODIFIED HARES LIST. We are grateful to Dogloss and to Dormie for stepping forward and taking on the role of hares for the next two weeks. It means we all have time to review the Read more…

Hurray! (I hope). Monday 25th April, trail #2467 will start from the New Inn, 45 Main Road, Middleton Cheney, Banbury, Oxfordshire, OX17 2ND. The off is at 7 pm and your hare is Thrifty Gaffer. The last recorded Read more…